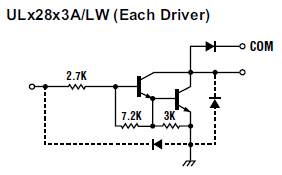 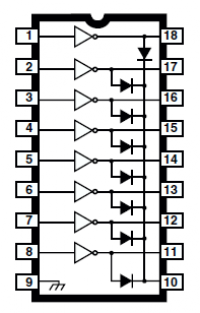 In electronics, the Darlington transistor is a semiconductor device which combines two bipolar transistors in tandem (often called a “Darlington pair”) in a single device so that the current amplified by the first is amplified further by the second transistor. This gives it high current gain (written β or hFE), and takes up less space than using two discrete transistors in the same configuration. The use of two separate transistors in an actual circuit is still very common, even though integrated packaged devices are available. 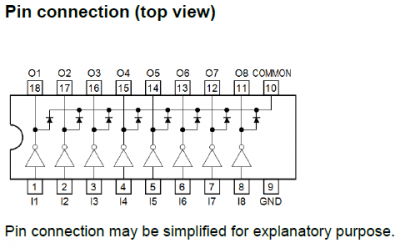 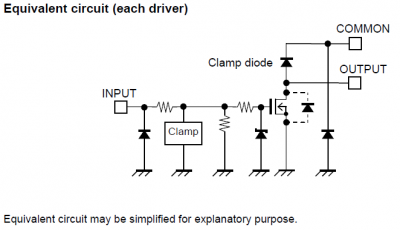 Definition: >An ohm (SI symbol Ω but commonly is R) is a resistance that produces a potential difference of one Volt when a current of one Ampere is flowing through it. 10 Ω resistor can be represented as 10R. Ohms law formula: voltage (V) = amps (I) x resistance (R) or V=I.R or I=V/R or R=V/I

Operational amplifier Also called an op amp. A specialized linear integrated circuit (IC) that consists of several transistors, resistors, diodes, and capacitors, interconnected to produce gain over a wide range of frequencies. A single amplifier can comprise an entire IC, or an IC can contain several amplifiers. The dual op amp and the quad op amp are common variants. Some ICs contain one or more amplifiers in addition to other circuits. The devices can be used with resistance-capacitance (RC) network combinations to build active filters for use at audio frequencies.

Open-collector configuration In an integrated circuit, an output scheme utilizing no internal pull-up resistor. Wired-OR outputs can thus have opposite states without risk of damage to the device.
An example of this type of device can be seen above under Octal Darlington Arrays

Refers to the Open Layout Control Bus, a publicly developed MRR accessory bus which is designed to work along side a traction bus, such as DC or DCC. It uses a variety of physical buses, including CAN, Ethernet and Wifi. It is the basis for Layout Command Control™. See: OpenLCB website.

These comprise of a light source, a light sensor and a comparator. The light could be visible, UV (rare) or IR (common). The light source can be ambient light (rare), a light bulb or a light emitting diode (common). The light sensor converts light to an electrical signal and could be a photo cell, a light sensitive semiconductor diode or transistor or a light dependent resistor (LDR). The object being detected is arrange to either interrupt the light beam getting to the sensor or reflects some light back to the sensor. The sensor output is compared to a threshold and that output is the indication of the object being detected or not.

A light-emitting diode (LED) or infrared-emitting diode (IRED) and a photodiode combined in a single package with a transparent gap between them. The LED or IRED converts an electrical signal to visible light or IR; the photodiode changes the visible light or IR back into an electrical signal. This device eliminates interstage impedance reflections that can plague systems that employ electronic coupling. Even the most drastic changes in load impedance have no effect on the impedance “seen” by the signal source. The devices can also protect expensive equipment against electrical transients; for example, in telephone-line modems used with personal computers.

The periodic change of a body or electrical quantity in amplitude or position (e.g., oscillation of a pendulum, voltage, or crystal plate).

An instrument that presents the pattern representing variations in an electrical quantity for visual inspection on a Cathode Ray Tube (CRT) but these days on a computer screen.